The Daily Telegraph on Scott Penrose

The Magic Circle on Megan Swann

Theresa May on Dean Leavy 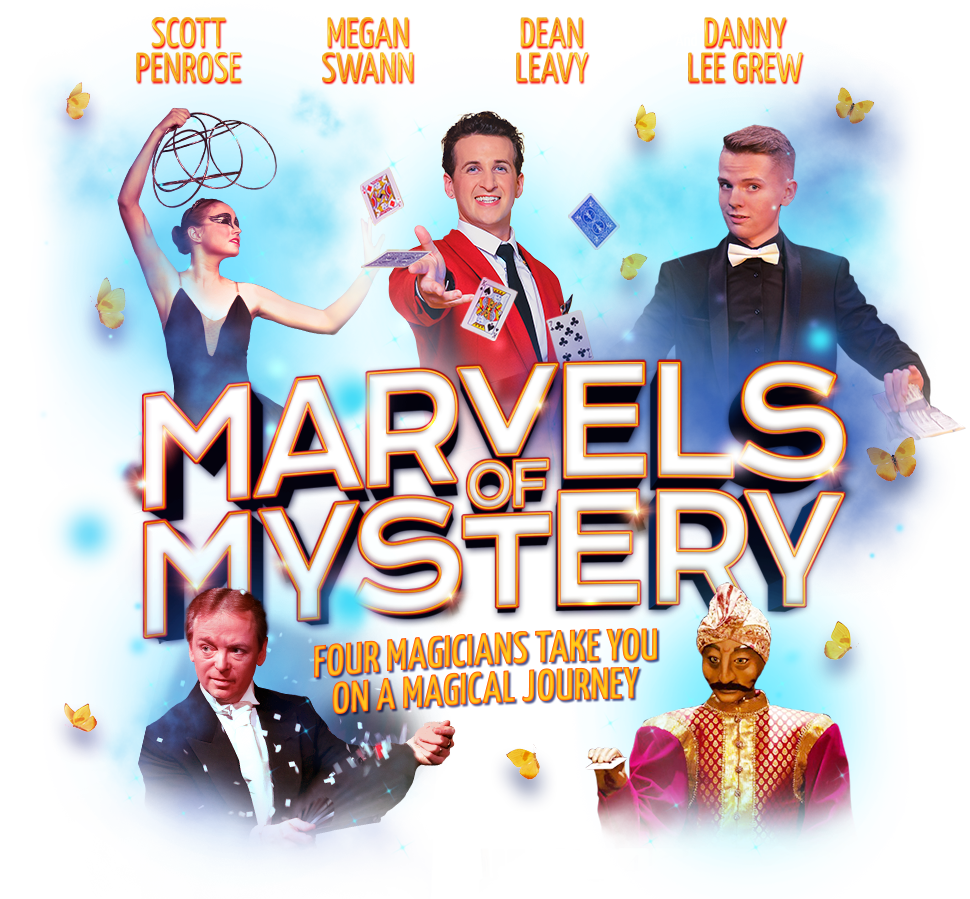 Four of The Magic Circle’s star magicians join forces and take you on a magical journey in MARVELS OF MYSTERY, a brand new show for the whole family featuring marvellous magic, wonderful illusions, laughs, gasps, and stunning sleight of hand sorcery.

On selected dates we are joined by the British Magic Champion SCOTT PENROSE. Scott will present Robert Houdin’s Marvellous Orange Tree from 1840, plus Maskelyne’s chilling PSYCHO, the mind reading automaton from 1875, returning to the British stage for the first time in over 100 years, and just as astonishing now as ever before… a MUST SEE for any magic fan!

For a truly magic experience, book your tickets now for MARVELS OF MYSTERY before they disappear.